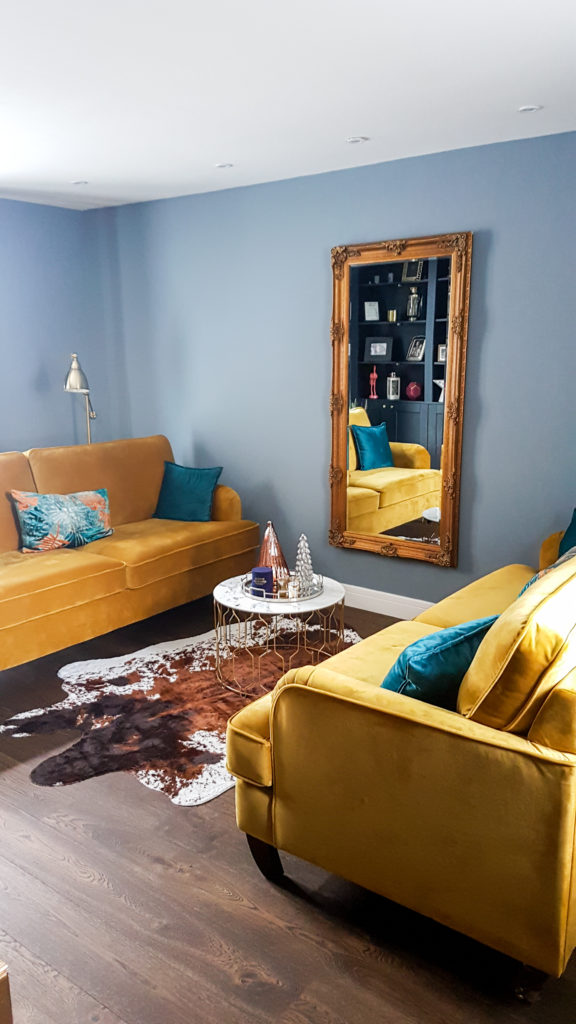 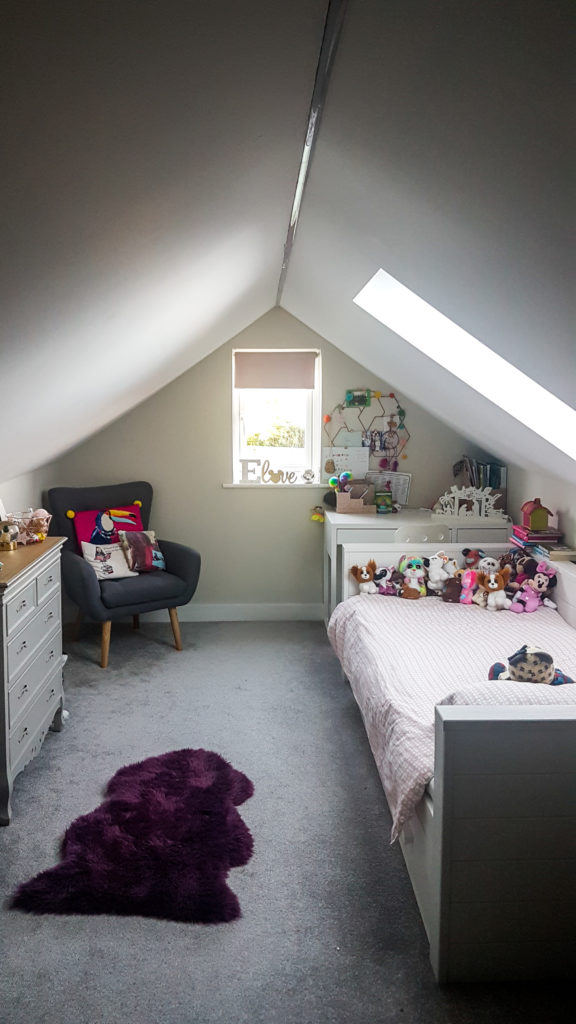 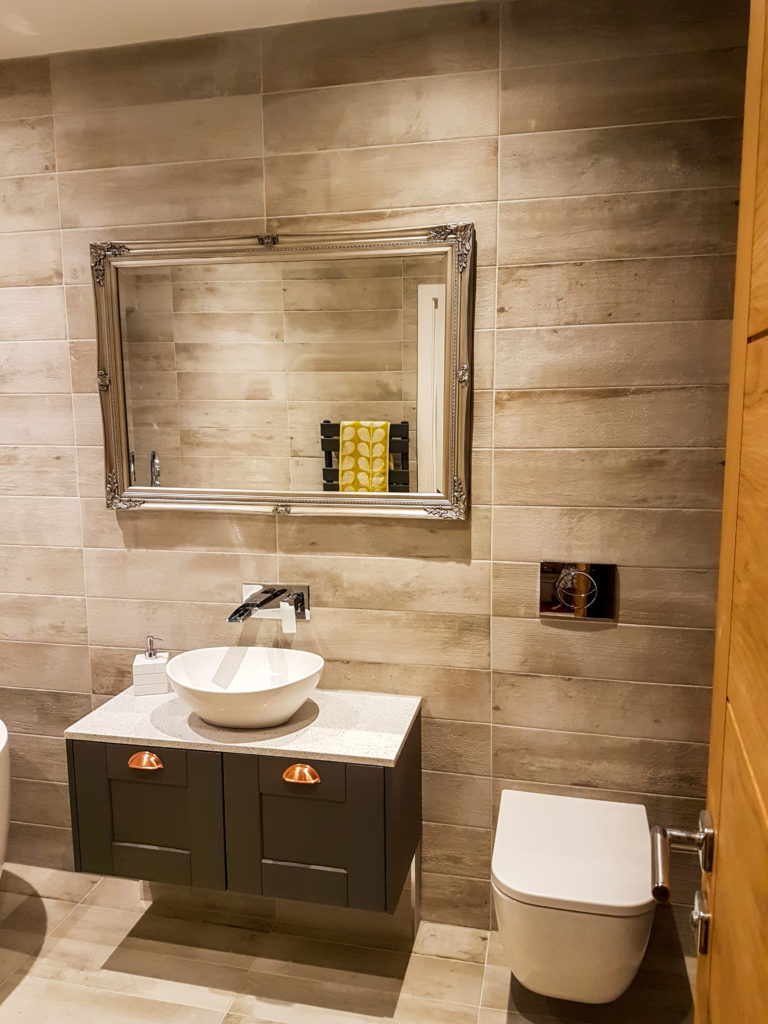 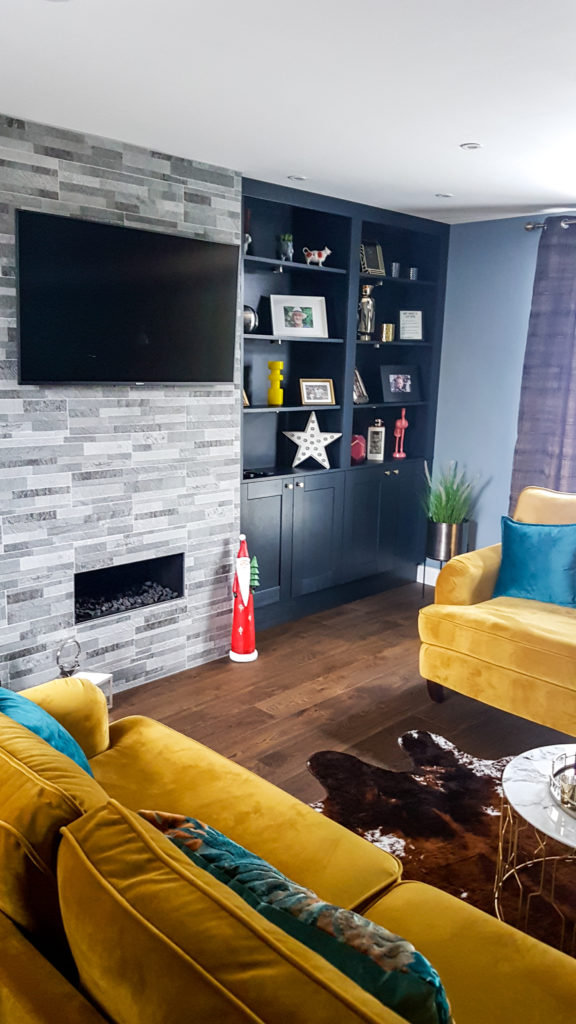 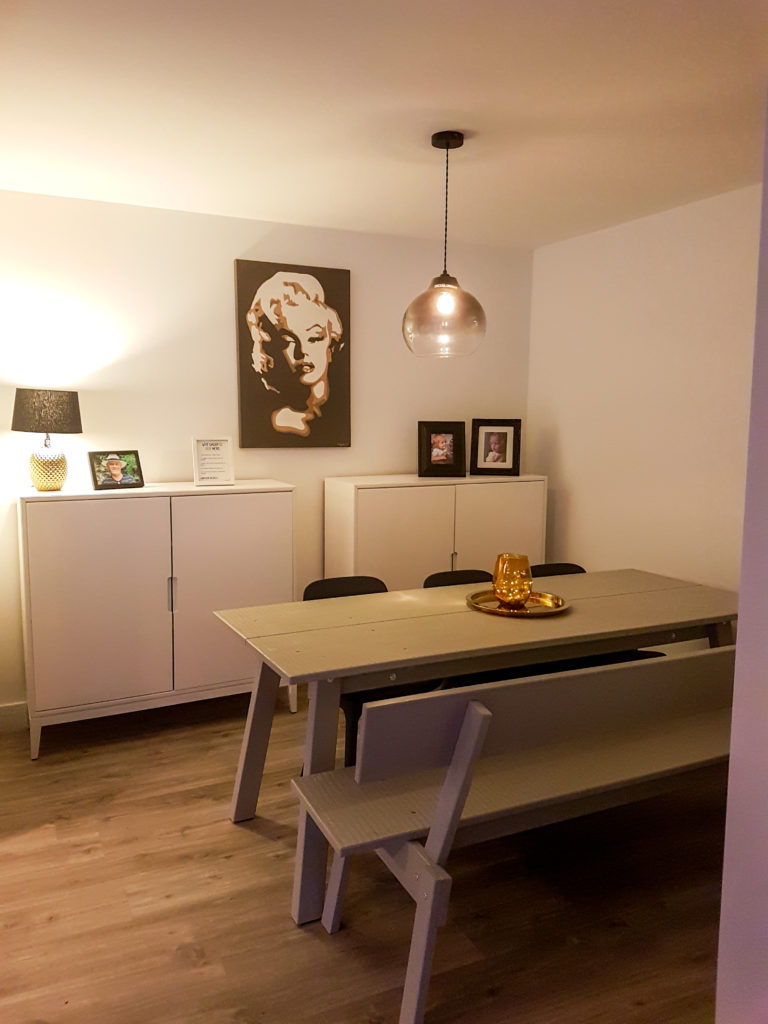 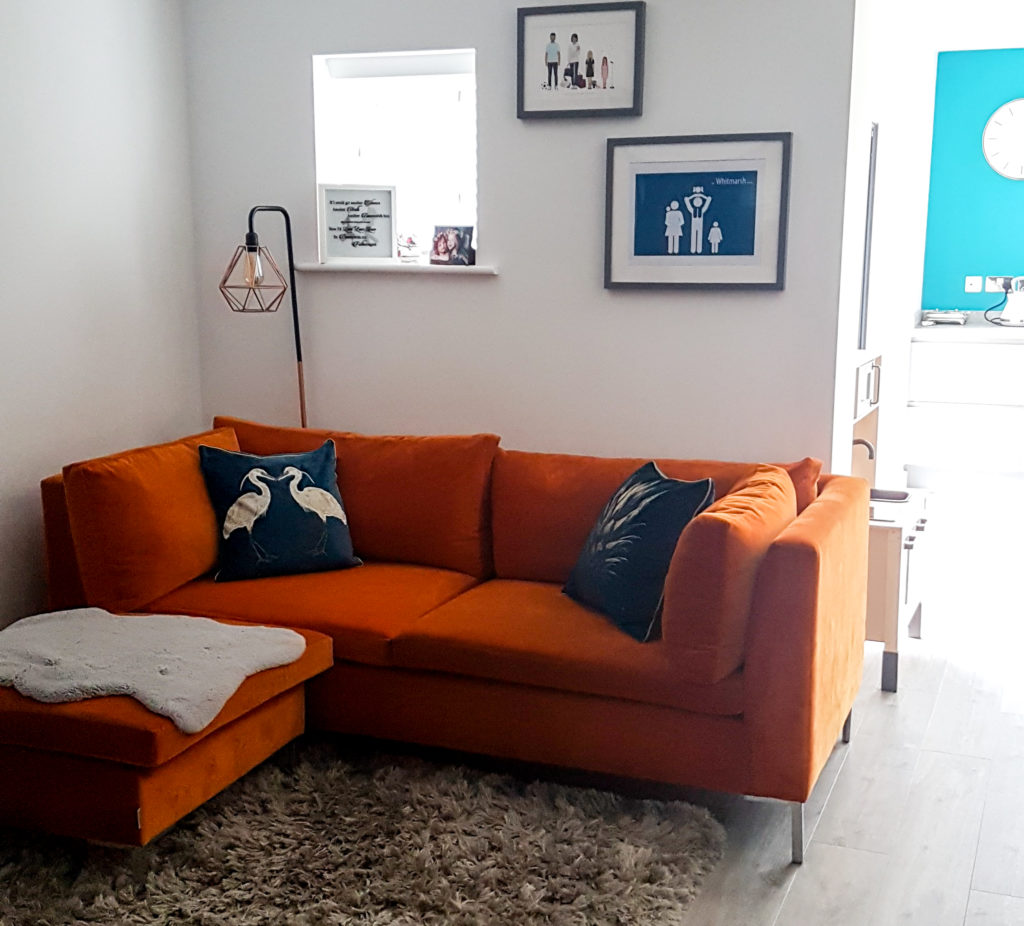 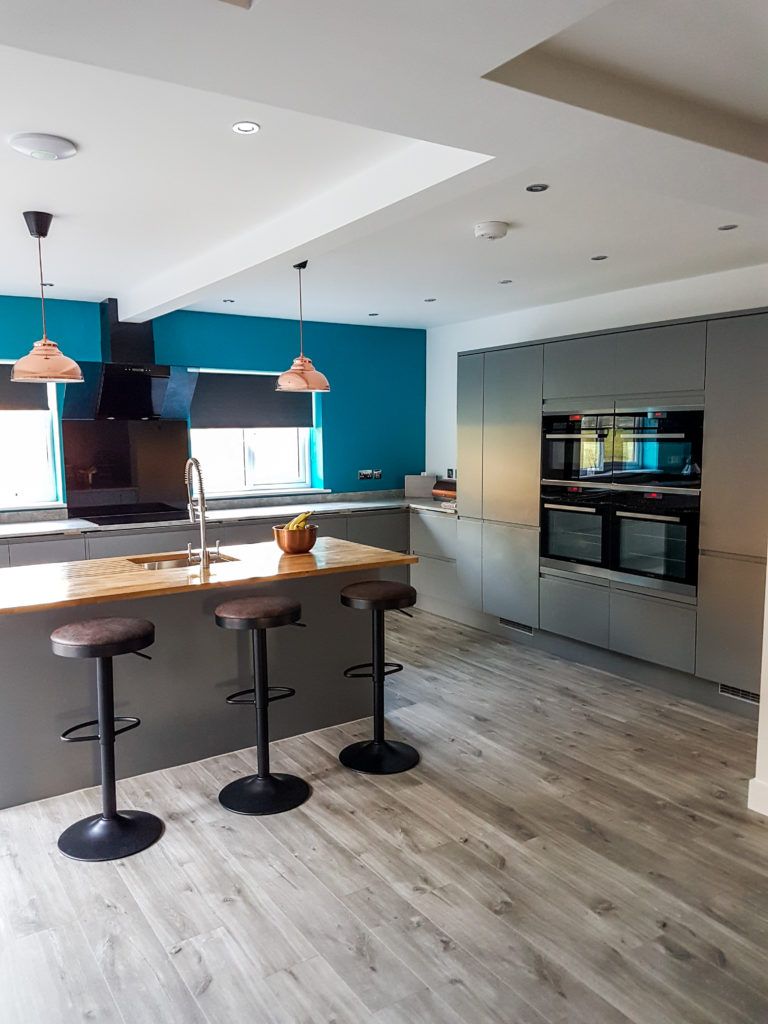 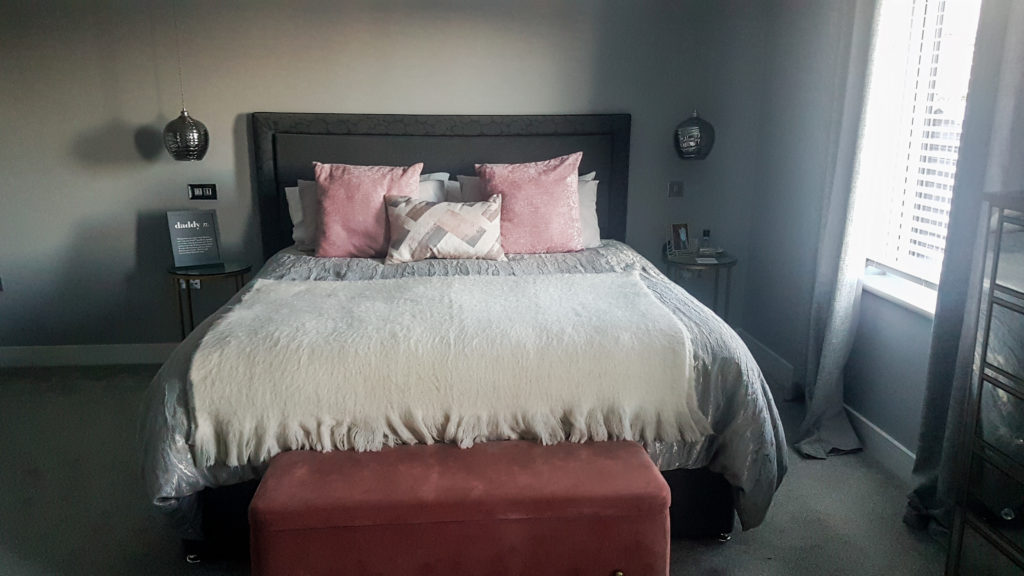 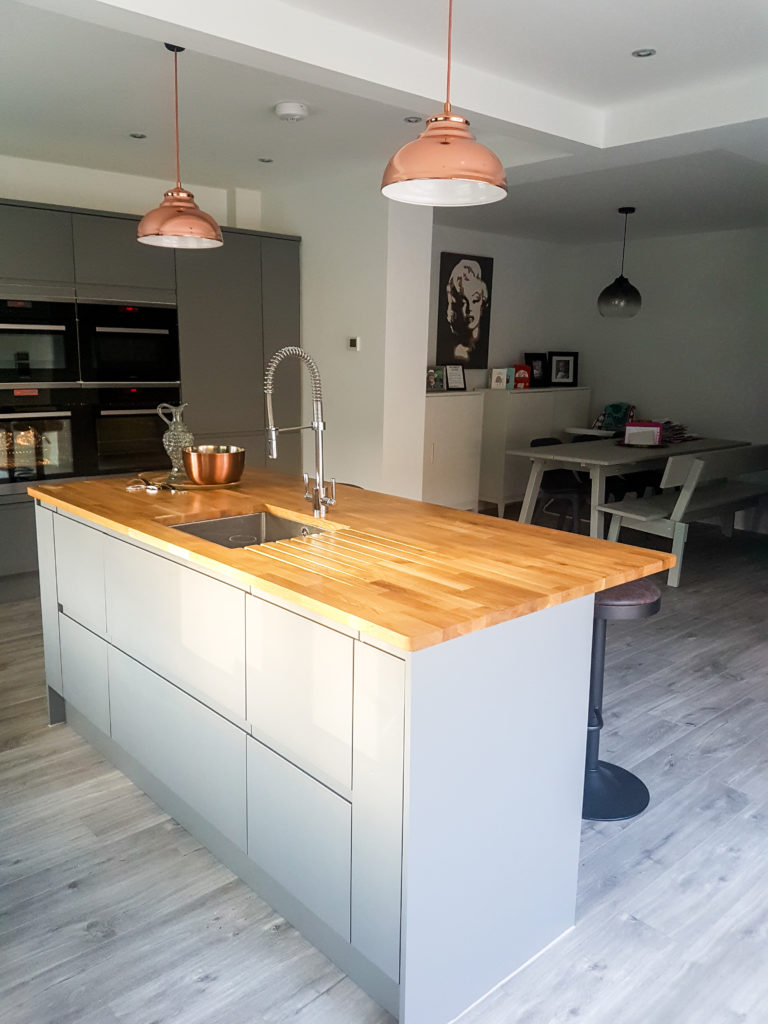 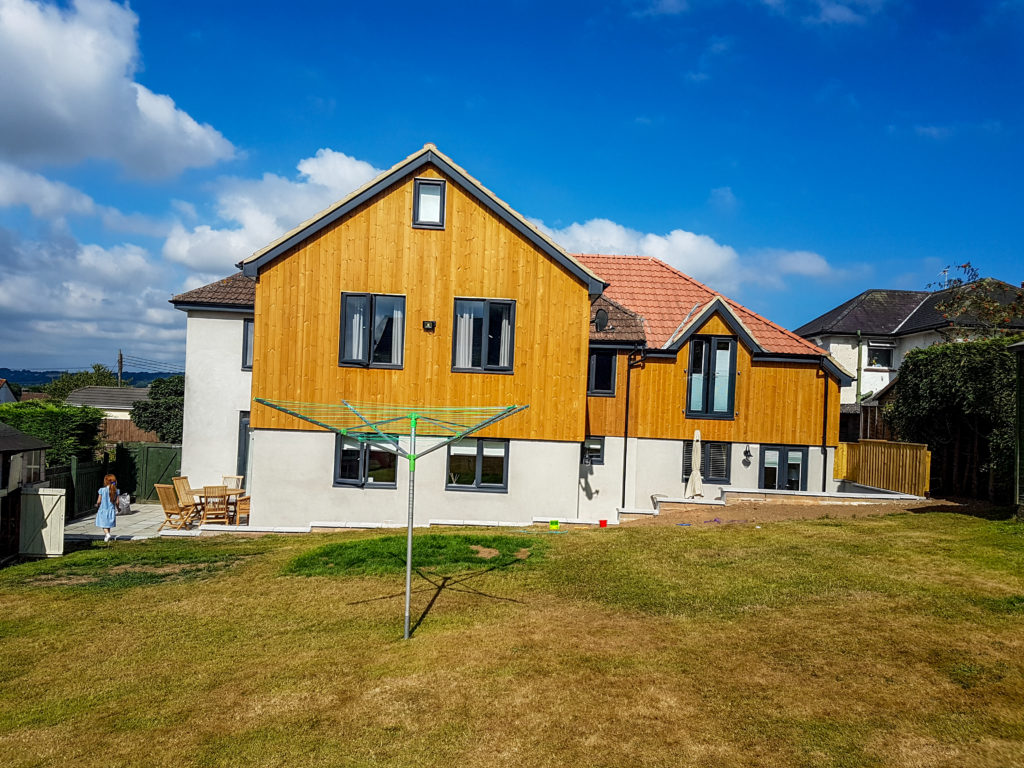 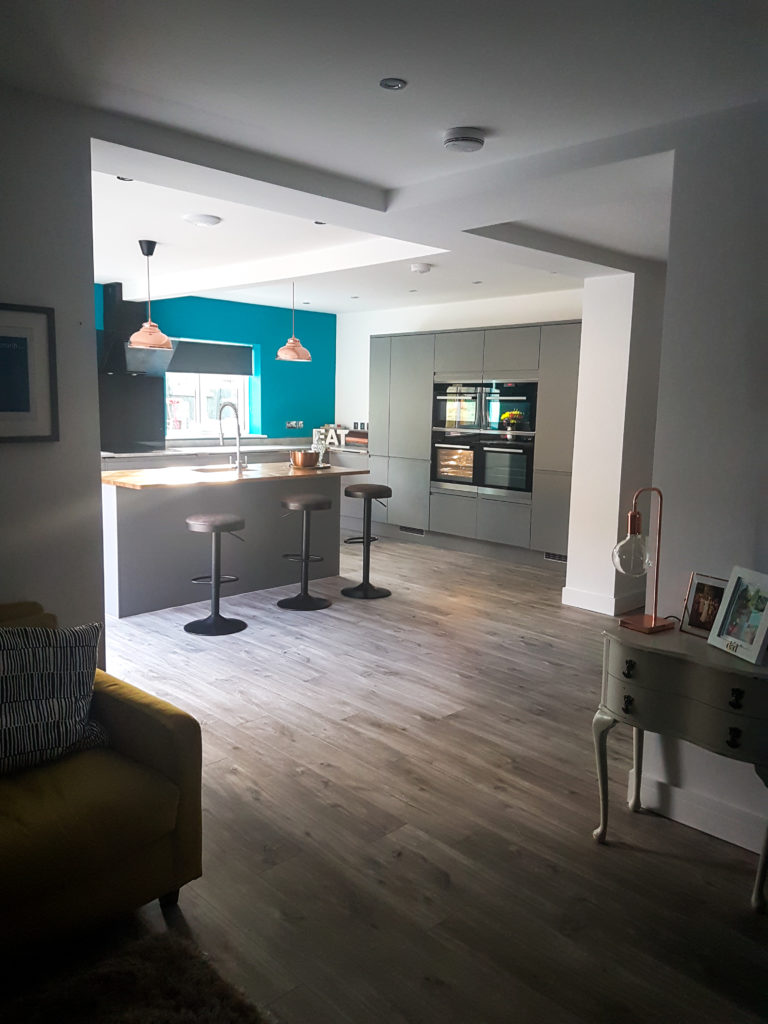 A 1950s three bedroom property undergoes a transformation to make a cosy home for three generations of the same family.

Creating a home for a growing family

Bought as a ‘doer-upper’, Rachel and Darren transformed their red brick house into a multi-generational home. The house was completely refurbished and extended, and the garage was knocked down and an annexe built in its place.

Rachel explains: “The house was livable, but the kitchen and bathroom had not been touched in more than 20 years. We lived in the house for a few years and saved up the money to do the work.”

When they bought the house the couple had two girls and whilst going through the design process with the architect, Rachel became pregnant with their son, so they needed four bedrooms.

At the time, Rachel’s widowed mother was still living in the family home, but she was keen to move into a smaller property, so Rachel and Darren explored the possibility of knocking down the garage at the side of the house and making a self-contained annexe for her mum to live in.

Rachel says: “The architect came up with a really good plan for the annexe, which involved a vaulted hallway. We showed my mum and she loved it; so it became a home we were developing for my mum and the three children (that we would have once my son was born).”

At the back of the house, the architect designed an open plan kitchen/diner and a snug, so Rachel and Darren realised during the design process that there wasn’t a lot of wall space for radiators; making underfloor heating the perfect solution.

Rachel, who has worked at Nu-Heat for more than 20 years, continues:

Underfloor heating had always been something I had wanted to do for myself, given that I talk about its benefits to people every day. It was a dream to have it in my own home.

When it was time for the UFH systems to be fitted, the house was water tight and all the preparation had been done, so the installation went smoothly. A Nu-Heat registered installer came and fitted the system. “He was experienced, so it meant he could overcome any problems that did crop up. The UFH in the annexe was straightforward because it was a new build,” Rachel explains.

Underfloor heating has been installed throughout the house with the exception of one bedroom, which had already been refurbished and a radiator installed – the radiator was incorporated into the UFH system along with the towel rails in the bathrooms.

It’s the first time I have lived with underfloor heating and everything I have been telling people for 20 years is true. It’s an even heat, very controllable, it’s economic and it’s efficient.

One challenge, was fitting the UFH in the old part of the house and making sure the floor level wasn’t raised too much. Nu-Heat recommended LoPro®Max, which can be fitted over an existing floor and adds 22mm average height increase.

Upstairs, in both the main house and the annexe, a ClippaPlate® system was fiited. This is an aluminium heat spreader plate that holds the UFH tube flush against the floor deck, either between or on top of joists. It’s highly conductive and rapidly transfers heat through the floor deck into the room above, efficiently and effectively.

Feeling the difference with UFH

Rachel enthuses: “The house is so comfortable and there’s an ambient temperature with no cold spots or drafts. The UFH can be programmed as a system and zoned by area and the one radiator in the bedroom is on the same system as the towel rails and that is operated as a separate circuit.”

It’s all really controllable and easy to use. We just love living here.

Tailor-made solutions for all properties

Whatever the age, size or construction of your home, chances are it’s suitable for underfloor heating. Whether you’re plotting an extension, tackling a new build or giving your existing home a complete overhaul, Nu-Heat will design your underfloor heating to be the perfect fit, helping you to feel the difference.