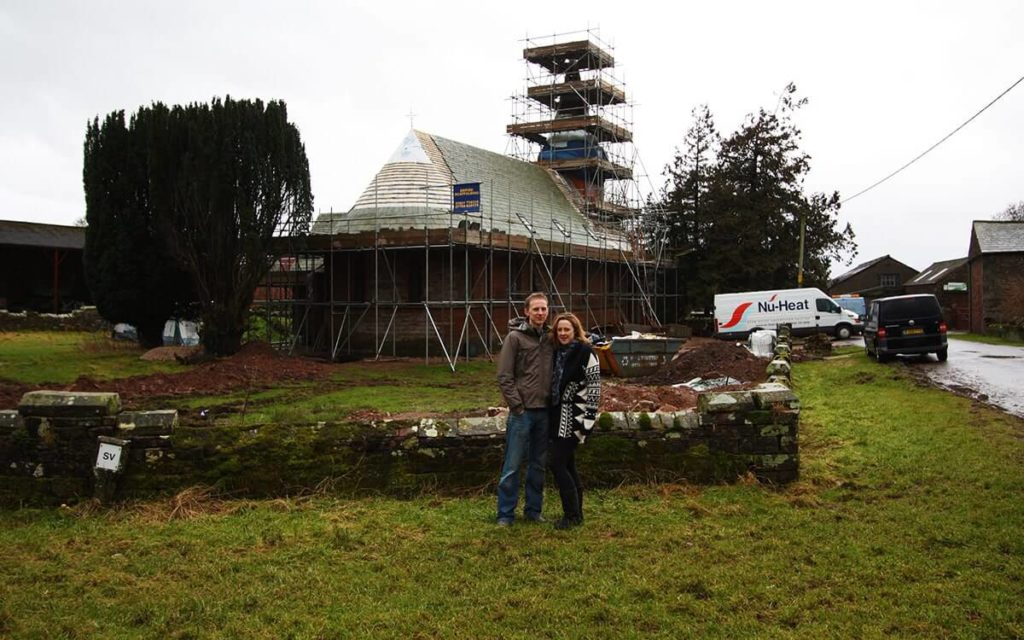 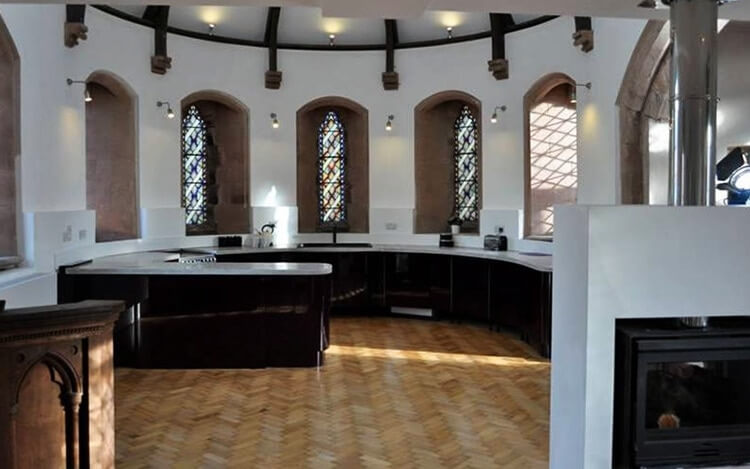 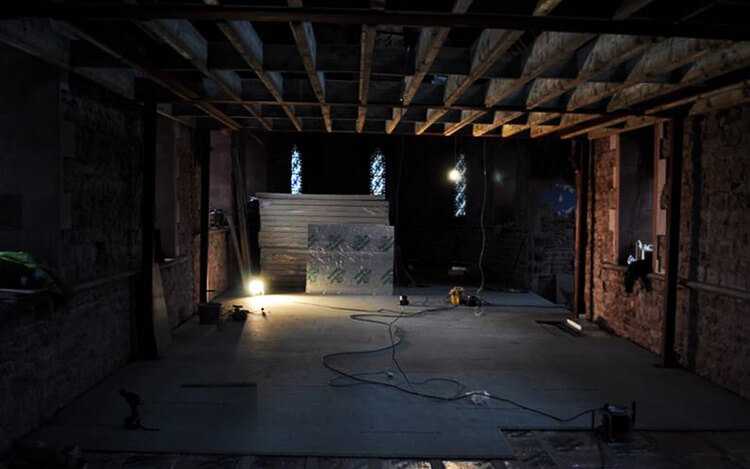 “My main motivation was to install a system that would be cheap and efficient to run but also affordable,” says Phillip.
“An air source heat pump seemed the best balance of initial capital outlay versus efficiency of performance. Since our location does not offer mains gas connection it meant that oil, LPG or electricity were the main contenders. Achieving running costs on a par with mains gas was also important.”

The restoration of the church is featured on Channel 4’s ‘Restoration Man’, a series by Tiger Aspect Productions and presented by architect George Clarke. Philip tells us about the journey:

Smitten from the start

“We were smitten with the Church from the moment we saw it, even though the odds on getting it were against us. It had been empty for seven years and just two days before our enquiry a cash offer had been accepted. To our surprise this later fell through and we eventually managed to buy it. However, this all occurred during the meltdown of 2009 and financing the project seemed impossible on more than one occasion.”

“Handling the project with both of us working full-time was difficult and having our daughter, Harriet, four months before we started work in August 2010 only added to the fun! My brother-in-law, Alex Karanikolas, owner of design consultancy Into Architecture Ltd, lived and worked on site throughout the project and we used local tradesmen where possible. It was great having such a strong team around us.”

“The whole project has been a bigger undertaking than we ever imagined. In particular having to completely replace the spire with new oak was very stressful because we refurbished it using the same construction method that was used when it was originally built in 1868. Alex suggested we keep as much of it exposed as possible to show the contrast of old and new. The refurbishment of the spire alone put a massive strain on our finances and it made finishing the project really difficult.”

“On the ground floor we have a large open plan living, dining and kitchen area with a separate study and the first floor has three bedrooms, all of which are en-suite. The master bedroom is located in the spire and from the viewing platform we can enjoy 360° views of the Fell, North Pennines and the North Lakes. We were keen to keep original features such as the pulpit and some of the stained glass windows and I’m pleased to say they have been restored and incorporated into our home.”

Modern technology in a traditional setting

“Despite the many original features and character of the church we were weren’t against modern technologies and ideas, so I did a lot of research into air source heat pumps and their co-efficiency of performance claims, water temperatures and length of guarantees as well as looking into the size of the units and sound levels. I like to be involved with these things and understand them so, when George and I received delivery of the unit, I couldn’t help but voice my geeky knowledge of the product!”

The system was installed with ease and the setup and commissioning process was smooth and faultless.

“The Church is an unusual building with high ceilings and a large volume to heat. The system copes well with the heating demand and the building is always a comfortable temperature. As it stands we appear to be achieving comparable running costs to mains gas, as per Nu-Heat’s estimates. This gives me confidence in both the product and Nu-Heat’s ability to accurately design an integrated system. Given this and the excellent customer service, I would truly recommend Nu Heat.”

“The building is amazing and we’re so delighted with the finished article. We’ve made some excellent friends in Gamblesby; the residents have been so very welcoming and friendly.”

“Having the TV production team follow us was an experience we won’t forget. Given the amount of material shot we were really excited to see what had made the cut and how our story would come across. Besides meeting a great group of people, one superb outcome is having a documentary of Harriet’s first 18 months of life through the Church.”

I found Nu-Heat to be competitively priced, but moreover the staff all friendly and helpful – something that is important to me. 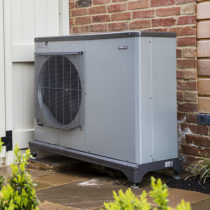